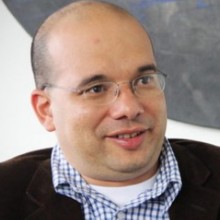 Gustavo Duncan is Assistant Professor in the Department of Political Science at the University of Los Andes (Universidad de Los Andes) (Bogota) and Visiting Professor at EAFIT University (Medellin). He has been a columnist with El País, a newspaper based in Cali, Colombia. Duncan has acted as a consultant in a large number of projects for various bodies and institutions. Among his most notable assignments are: Consultant for the Human Development Report for Bogota, the Families in Action presidential program in Colombia, and the National Department of Planning. He has also been a researcher with the Security and Democracy Foundation. Duncan is a PhD candidate at Northwestern University in Illinois, United States.  He holds a M.Sc. in Global Security from Cranfield University (United Kingdom, 2002-2003), a master’s in Industrial Engineering from the University of Los Andes (1999), an undergraduate degree in Literature from the University of Los Andes (1997), and he did undergraduate studies in Engineering.