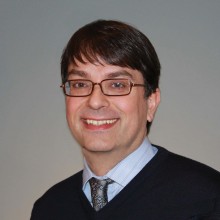 Gregory A. Maniatis is Director of the International Migration Initiative at the Open Society Foundations.

He served as Senior Advisor to Peter Sutherland, the UN Special Representative for Migration, from 2006-2017, and from 2003-2016 served as Senior Fellow at the Migration Policy Institute in Washington. He is also a co-director of the migration project at Columbia University’s Global Policy Initiative.

Mr. Maniatis has worked closely with the European Commission, the European Parliament, EU member state governments, civil society groups, and international organizations on all aspects of migration and integration policy. His reportage and commentary on Greece, Russia, the European Union, migration, and other topics have appeared in many publications, including the New York Times, the Wall Street Journal, New York magazine, and the Washington Post. Earlier in his career, he was the founder and publisher of Odyssey, an international magazine about Greece and the Greek diaspora. He is a graduate of Princeton University, attended the Institut d’Etudes Politiques in Paris, and is a member of the Council on Foreign Relations.