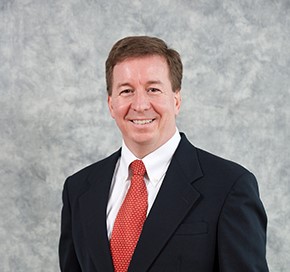 Greg Gilligan joined the PGA TOUR in late 2013 as Vice President and is the lead executive in China serving as PGA TOUR China Managing Director. Also currently serving as the 2020 AmCham China Chairman, Mr. Gilligan is once again in an elected capacity in support of a membership of 900+ member companies and many thousands of individuals from those companies, assisting the membership and the U.S. and China governments to drive the commercial relationship between the two countries. This is Mr. Gilligan’s ninth year of service to AmCham, twice as a governor and three times each as chairman or vice-chairman.

Prior to the PGA TOUR Mr. Gilligan was the Managing Director of APCO Worldwide’s Beijing office, leading a large team of consultants in serving dozens of multinational companies doing business in China. He joined APCO after serving as General Manager of Corporate Affairs for McDonald’s (China) Co., Ltd., where he developed and executed strategies to enhance McDonald’s brand and corporate image among China’s regulatory bodies, consumers and other key stakeholders. Prior to that role he served as McDonald’s China’s General Manager for Southeast China.

Mr. Gilligan holds a Master of Business Administration from Northwestern University’s Kellogg School of Management and the Hong Kong University of Science and Technology; a Master of Arts in Asian Studies and Juris Doctor degrees from Washington University in St. Louis; and a Bachelor of Arts in history from Fairleigh Dickinson University. He has been a member of the Missouri Bar Association since 1995. Now in his twenty-fourth year in China, Mr. Gilligan is fluent in Mandarin Chinese.