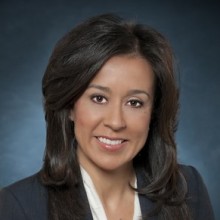 Gisel Ruiz is executive vice president for the International People Division of Walmart, supporting more than a million associates in 26 countries outside the United States. In this role, Gisel is responsible for driving the human resources strategy and priorities for one of the fastest growing divisions of the company.

A 22-year associate, Gisel is an inspirational leader who has consistently contributed to Walmart’s growth and success while demonstrating an unwavering commitment to our associates. Prior to this role, Gisel was executive vice president and chief operating officer for Walmart U.S., and was responsible for the company’s U.S. operations, which includes more than 4,100 stores. Additional responsibilities included oversight of the U.S. Asset Protection, Real Estate and Store Innovations organizations. Gisel was promoted to the role in February 2012 and in her time as COO drove a decrease in operating expenses, the opening of more than 400 new stores, and an increase in women and people of color in operations leadership roles.

Previously, Gisel was executive vice president of People for Walmart U.S., with responsibility for human resources and store innovations, supporting more than 1.2 million associates. She helped transform the company’s approach to talent management and leveraged technology to drive changes that increased efficiencies and improved the associate and customer experience.

Gisel began her career at Walmart as a store management trainee in 1992. She has held a variety of leadership positions in store operations, labor relations and human resources. In 2006, she became vice president and regional general manager in the field operations division, and was responsible for 150 Walmart stores in western Texas and New Mexico. From 2008 to 2010, Gisel served as senior vice president of Walmart People, leading the human resources organization for more than 3,700 stores across the United States.

Because of her passion for mentoring, Gisel has been recognized for her ability to lead and teach. In 2008, she was recognized as one of the Top 25 Powerful Minority Women in Business by the Minority Enterprise Executive Council. Gisel received the 2008 Walmart Leadership Award and was chosen by Hispanic Business Magazine as one of the Top 25 Business Women of 2009. Latina Style honored her as 2010 Latina Executive of the Year, and in 2012, 2013 and 2014, she was named by FORTUNE magazine as one of the 50 Most Powerful Women in Business. In 2013, Gisel was awarded the Hispanic Federation’s «Premio Orgullo» award, honoring Latinos who have shown an unwavering dedication to their community. Most recently she received the 2013 «Woman of the Year» Distinguished Service Award from the USO of Metropolitan New York.

She has a Bachelor of Science in marketing from Santa Clara University, where she also completed the Retail Management Institute program.