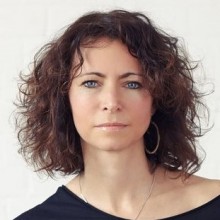 Georgia Arnold is Senior Vice President of Social Responsibility at Viacom International Media Networks and is responsible for developing social initiatives for the company’s portfolio of over two hundred TV channels and websites. Ms Arnold has initiated unprecedented partnerships and campaigns for MTV on HIV and AIDS awareness and for Nickelodeon on children’s rights.

Ms. Arnold has been overseeing The Staying Alive campaign since its launch in 1998, a partnership between MTV, the Henry J Kaiser Family Foundation, UNAIDS, UNICEF and UNFPA, among others. The campaign has delivered award-winning HIV and AIDS awareness programming, concerts, events and public service messages involving spokespeople such as Nelson Mandela, Bill Clinton, Alicia Keys, Beyoncé and Mary J Blige. Ms. Arnold was also the architect and Executive Producer on MTV’s first-ever made-for-television film on HIV and AIDS, Transit, which premiered on 1 December 2005.

Ms. Arnold has also overseen Nickelodeon’s participation in the Say Yes for Children, a far-reaching children’s rights initiative spearheaded by the United Nations Children’s Fund, as well as Nick 2015.

In addition, Ms. Arnold orchestrated the company’s involvement as a founding member of the Global Business Coalition on HIV and AIDS, which encourages other businesses to become involved in the fight against HIV and AIDS. She has also been closely involved with MTV Networks International’s involvement in the UN-founded Global Media AIDS Initiative.

In addition to her influential work at Viacom International Media Networks, Ms. Arnold has been on the board of The Burma Campaign UK since 2007, a global initiative campaigning for human rights and democracy in Burma. She is also on the Advisory Board for ‘Rays of Sunshine’, a charity which grants the wishes of terminally and seriously ill children between the ages of 3-18 who live in the United Kingdom.