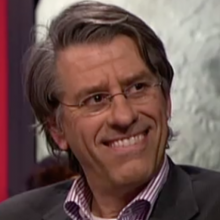 Professor Dr. Frans G. von der Dunk holds the Harvey and Susan Perlman Alumni / Othmer Chair of Space Law at the University of Nebraska-Lincoln’s LL.M. Programme on Space, Cyber and Telecommunication Law (for more information on the programme: see http://law.unl.edu/spacelaw) since January 2008. He also is Director of Black Holes BV, Consultancy in space law and policy, based in Leiden (for more information: see http://www.black-holes.eu).
Prof. Von der Dunk was awarded the Distinguished Service Award of the International Institute of Space Law (IISL) of the International Astronautical Federation (IAF) in Vancouver, in October 2004, and the Social Science Award of the International Academy of Astronautics (IAA) in Valencia, in October 2006. In the summer of 2008, he was nominated, as the first lawyer ever, Member of the European Space Sciences Committee (ESSC) of the European Space Foundation (ESF). Also, he was the sole lawyer on the Panel on Asteroid Threat Mitigation established by the Association of Space Explorers (ASE) in 2007. In October 2015, the Handbook of Space Law which he edited and contributed six chapters to, was awarded the Social Science Book Award of the IAA in Jerusalem.
He defended his dissertation entitled Private Enterprise and Public Interest in the European ‘Spacescape’ in 1998. He has written more than 150 articles and published papers, many of which can be accessed at http://digitalcommons.unl.edu/spacelaw/, giving rise to hundreds of full-text downloads monthly. He has given more than 150 presentations at international meetings and was visiting professor at over 30 universities and other academic institutions across the world on subjects of international and national space law and policy, international air law and public international law. He has (co-)organised some 20 international symposia, workshops and other events, and has been (co-)editor of a number of publications and proceedings. As of 2006, he is the Series Editor of ‘Studies in Space Law’, published by Brill. In addition, he has given a range of interviews to the international media on issues of space law and policy.
Prof. Von der Dunk has served as adviser to the Dutch Government, a number of foreign Governments, the European Commission, the European Space Agency (ESA), the United Nations (UN), the Organisation for Economic Co-operation and Development (OECD), a number of space agencies, and the Centre for Strategic and International Studies (CSIS), as well as a number of companies, and was member of the Advisory Group to the Permanent Court of Arbitration (PCA) on the drafting of Optional Rules for Arbitration of Disputes relating to Outer Space.