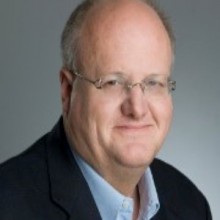 Frank Mars is a Member of the Board of Directors of Mars, Incorporated, and was, until recently, the Global President of Mars Symbioscience. Pioneering some of the most innovative and breakthrough fundamental scientific research, and with sustained funding from Mars, Incorporated, Frank led the creation of Mars Symbioscience in 2005 as an internal technology based health and life sciences venture area to develop and commercialize new products and services supported by evidence-based science. Through June 2017, he and his team successfully incubated, introduced, and transitioned five technology platforms in the areas of food, plant,
biomedical, and life sciences, including Wisdom Panel®, a range of complex canine genetic tests, and CocoaVia®, a revolutionary new cocoa flavanol extract-based dietary supplement that promotes healthy blood flow and thus supports cardiovascular health.

In addition to his time leading Mars Symbioscience, Frank has held a variety of senior positions within Mars, Incorporated for over his 28 years in the Electronics, Snack Food, Pet Care and Food segments across the United States, Europe, and Asia. He has a solid understanding of many of Mars’ raw material supply chains, including cocoa, from seedling to finished product. Frank passionately believes that nature-based solutions offer the best option to dramatically improve the livelihoods of small holder farmers and fisherman and create long term sustainable economies and food supply chains. As part of his new role as Vice President, Mars Sustainable
Solutions, he and his new team will be building upon the work started in Mars Symbioscience, including developing next generation agroforestry-based, sustainable cocoa farming models and solutions. In addition, recognizing the critical role that healthy coral/marine ecosystems play locally (protein) and globally (climate) in both the nurturing and production of blue biomass and coastal protection, Mr. Mars will be working to expand the use globally of a novel, low-cost, and successful method of coral reef rehabilitation method developed by Mars over the past five years.

Mr. Mars is also Co-Founder and Chairman of the Board of Heliae® Development, an applied life sciences and technology company located just outside of Phoenix, Arizona. Heliae is focused on researching and developing algae-based commercial scale production platforms, which sustainably produce renewable raw materials from existing carbon-based waste streams, with a current focus on high value nutraceutical ingredients and specialty products for agriculture and aquaculture.

Finally, Frank and his wife Susan are dedicated supporters of several local and international humanitarian/conservation organizations including CARE, Médecins Sans Frontières, World Wildlife Fund, the Smithsonian’s National Zoo and Conservation Biology Institutes (where Mrs. Mars is presently the Vice-Chair of the Advisory Board), as well as the Smithsonian Tropical Research Institute in Panama. Frank and his wife have been instrumental in supporting (via SCBI) the efforts of the Panama Amphibian Rescue and Conservation project along with IUCN/SSC Conservation Breeding Specialist Group (CBSG), and the IUCN/SSC Amphibian Specialist Group (ASG).