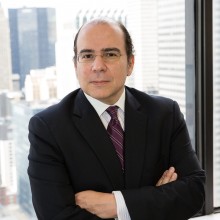 Francisco Rodríguez is Chief Economist and Managing Director at Torino Capital. Previously, he was director and senior Andean economist at Bank of America Merrill Lynch. Rodríguez has held numerous positions in academia and public policy. Between 2000 and 2004 he headed the Venezuelan Congressional Budget Office. He has taught economics at the University of Maryland at College Park, Wesleyan University, and the Instituto de Estudios Superiores de Administración in Caracas. Between 2008 and 2011, Rodríguez served as head of research at the Human Development Report Office at the UN Development Program. His research has been published in journals such as Foreign Affairs, American Economic Journal, and Journal of Economic Growth. He is the co-author of Venezuela before Chávez (Penn State University Press, 2012) He holds a PhD in economics from Harvard University.