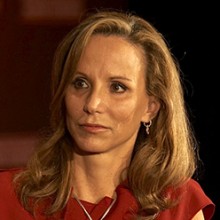 Frances Fragos Townsend is the former Advisor to President George W. Bush for Homeland Security and Counterterrorism and chaired the Homeland Security Council from May 2004 until January 2008, reporting to the President on United States Homeland Security Policy and Combating Terrorism matters. Townsend served as Assistant Commandant for Intelligence at the U.S. Coast Guard. Prior to that, she spent 13 years at the U.S. Department of Justice in a variety of senior positions, her last assignment as Counsel to the Attorney General for Intelligence Policy. She focused in international organized crime and white-collar crime cases. She also served as Chief of Staff to the Assistant Attorney General and played a critical role in establishing the Division’s international training and rule of law programs. Ms. Townsend was Director of the Office of International Affairs in the Criminal Division, which serves as the U.S. Central Authority for extradition and mutual legal assistance, and work with the Department of State in the negotiation of international law enforcement treaties. She then was appointed Counsel for Intelligence Policy, managing matters related to national security policy and operation of the Department of Justice. Townsend is currently the Senior Vice President for Worldwide Government and Legal Affairs at MacAndrews and Forbes Holdings, Inc. and previously was a corporate partner at the law firm of Baker Botts, LLP.  She is also the national security contributor for CNN and chairs the Board of the Intelligence and National Security Alliance. She is also a member of the Council on Foreign Relations and the Trilateral Commission as well as a member of the board of the Bipartisan Policy Center. Ms. Townsend graduated cum laude from the American University, where she received a B.A. in Political Science and a B.S. in Psychology. She received her J.D. from the University of San Diego School of Law in 1984. Later in 1986, she attended the Institute on International and Comparative Law in London, England.