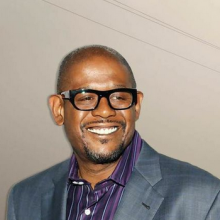 Forest Whitaker is the founder and CEO of the Whitaker Peace & Development Initiative, co-founder and chair of the International Institute for Peace, UNESCO Special Envoy for Peace and Reconciliation, and a member of the United Nations Sustainable Development Goals Advocacy Group. Through WPDI, he has developed the Youth Peacemaker Network, a global peacebuilding social network with hubs in South Sudan, Uganda, and Mexico. He and WPDI are committed to providing educational tools and better living conditions to young women and men in regions touched by violence, war, and conflict.

Whitaker’s commitment to peace and social issues has led him to work closely with UNESCO. In 2014, he started collaborating with the Special Representative of the UN Secretary-General for Children and Armed Conflict as an Advocate for Children Affected by War, a topic on which he was invited to speak before the Security Council in September of that year.

Whitaker is also one of Hollywood’s most accomplished and versatile figures, having received many distinctions for his acting, including the 2007 Academy Award for Best Actor. He is dedicated to cultivating youths’ artistic talents. As a member of President Obama’s Committee on the Arts and the Humanities, Whitaker worked closely with American students to demonstrate the limitless power of the arts to express their voices and creative energies. Through his production companies, he aims to support young, talented filmmakers. He believes that film can enlighten people across the globe and can start meaningful dialogues about important subjects. He has produced several award-winning documentaries that touch on a wide range of social issues.