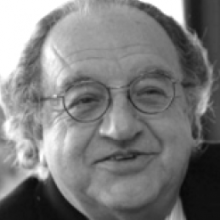 Professor of Administration, University of the Andes; Former UN Permanent Representative of Colombia

Fernando Cepeda is a Colombian political scientist, professor, and diplomat. He has been a member of the InterAmerican Dialogue since 1998. Cepeda has represented Colombia in numerous countries and international organizations. Among his many diplomatic posts, he has been chargé d’affaires of the Colombian delegation to the US, ambassador to the United Kingdom, France, and Canada, and permanent representative to the United Nations and the Organization of American States. Cepeda studied philosophy and literature at the National University of Colombia, from which he earned a doctorate in law and political science. Cepeda has been affiliated with the University of the Andes, one of Colombia’s most prestigious universities, for 23 years. He has taught political science and held various administrative positions throughout his tenure, including rector, vice rector, and dean of the faculty of law.