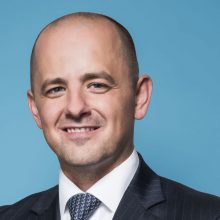 Evan started his career with the Central Intelligence Agency in 1999. He spent much of his service overseas as a clandestine operations officer running counter-terrorism and traditional intelligence operations. After over a decade with the Agency, Evan joined Goldman Sachs’s Investment Banking Division in San Francisco where he worked on a variety of strategic and capital raising projects in the industrial, consumer products, technology, and other industries.In 2013, Evan returned to government service, first as a senior advisor to the Foreign Affairs Committee and then as chief policy director to the Republican Conference, in the House of Representatives where he led national security, government reform, natural resources, and veterans’ healthcare initiatives.In August 2016, Evan announced his candidacy for President of the United States as an independent conservative, attracting support for his principled defense of liberty, equality, and the Constitution. Evan selected Mindy Finn as his running mate and, after winning 21.5% of the vote in Utah, their three-month presidential campaign became one of the most successful third-party candidacies in U.S. history.Leading Stand Up Republic with Mindy, Evan continues to defend the Constitution, democracy, and the timeless truths upon which our nation was founded at a time when they are under increasing threat.