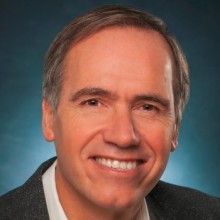 His experience in this latter post included his leadership of the successful transition of the D&S chain, acquired by Walmart Stores Inc. in 2009, into today’s Walmart Chile. Part of his work involved imprinting the seal of Walmart’s corporate culture on the organization, adopting along with his team the mission of «helping people save money so they can live better» and incorporating the promotion of sustainability as one of the operational pillars of the business.

Ostalé joined D&S in 1989, serving initially as manager of its financial division, then of its merchandising division and subsequently as manager of its Lider format before becoming its CFO. In 2000, he left the company to take up a position as CEO of Emol, the online service of the El Mercurio newspaper. Between 2002 and 2006, he was dean of the Business School of the Adolfo Ibáñez University before returning to D&S as its general manager, president and CEO.

During his career in Chile, Enrique has, among other activities, been a director and vice president of the Instituto Chileno de Administración Racional de Empresas (ICARE) and served on the governing council of Fundación País Digital and the advisory councils of the Sociedad de Fomento Fabril (SOFOFA), the Cámara de Comercio de Santiago and the Corporación Red de Alimentos. In 2012, he received the “Executive of the Year” prize awarded by Ernst & Young and the El Mercurio newspaper.

Enrique holds an undergraduate degree in economics and business administration from the Adolfo Ibáñez University and an MSc in accounting and finance from the London School of Economics. Enrique and his wife, María Elisa, have four children.