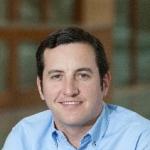 He joined Telefónica Legal department in 2006, as Head of Public Law and hold different responsibilities in the field of Regulation and Competition legal affairs. In 2008 he was appointed Chief Legal Officer of Telefónica, S.A., reporting to the Group´s General Counsel and in September 2011, General Counsel of Telefónica Europe, reporting to the regional CEO. Before joining Telefonica, Enrique Medina Malo served as in the Spanish Government Legal Service in different posts: Ministry of Science and Technology, Ministry of Industry and Energy and the High Court of Cataluña.

He holds a law degree from Carlos III University of Madrid (1994) and was admitted to the Spanish Government Legal Services in 1997 (Abogado del Estado).