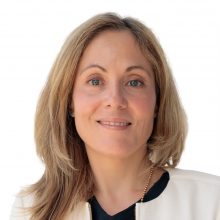 Emma Navarro is vice president of the European Investment Bank since June 2018. Ms. Navarro is a member of the EIB Management Committee, which drafts the Bank’s financial and loan policies, oversees the management of its current affairs and assumes responsibility collective action of the Bank. He is responsible for financing operations in Spain, Portugal, Latin America, the Caribbean States and the Community of Latin American and Caribbean States (CELAC), Morocco, Tunisia, and Algeria. It is also responsible for the financing of the environment, the action for climate, the circular economy, the EIB Institute and relations with national development institutions and the European Association of Long-term Investors (ELTI).

Prior to joining the EIB, Emma Navarro was general secretary of the Treasury and Financial Policy in Spain, an adviser to the Bank of Spain and advisor to the National Securities Market Commission. Previously, she was president of the Official Credit Institute (ICO), director of the cabinet of the Minister of Economy, Industry, and Competitiveness, and adviser to the International Monetary Fund. He also previously held several positions in the public sector in Spain.

In 2005, Ms. Navarro joined the Corps of Commercial Technicians and State Economists. She holds a Law Degree from the CEU San Pablo University and a Master’s degree in Community Law from the same university. She has a double postgraduate degree in legal and economic studies from the EU from the Complutense University of Madrid and the Sorbonne in Paris.