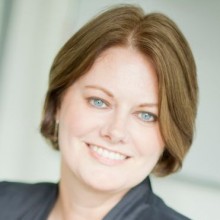 In 2004, Cargill recruited Elizabeth to join their Washington, D.C. policy team from Capitol Hill where she had worked 10 years in the U.S. Senate as a policy advisor on agriculture, food, nutrition, and poverty issues. In this role, she led the company’s advocacy efforts on food and nutrition and developed the premarket approval and acceptance strategy for the launch of Truvia®, a breakthrough stevia sweetener. In 2008, Cargill moved Elizabeth to London to lead the approval and brand launch of Truvia® in Europe, which included the successful approval of the ingredient by the European Commission and brand launch in markets across Europe. In 2012, Elizabeth shifted her focus to building the company’s advocacy and policy agenda in Africa, which included working across three continents, 25 governments, and 10 international development organizations to support the company’s investment blueprint for growth in the region. She helped forge collaborations and partnerships with public, private, and non-profit organizations to enable the company’s growth and investment strategy and shared goal of inclusive agricultural value chain development in Africa. Elizabeth moved back to the Cargill Washington office at the end of 2015. As Global Head of Policy and Strategy, she leads Cargill’s Global Policy and Issues Management Practice. Elizabeth holds a B.Sc. in Political Science from Northeastern University, Boston and originally hails from Portland, Maine.