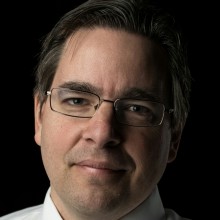 Ed Martin has held key positions in top Fortune 500 organizations, including The Kellogg Company, Coca-Cola, Citigroup, Ford Motor Company, and The Hershey Company. He has served as Executive in Residence at Georgetown University, and was an Advisor to the Millennium Project and to the Ambassador of Uganda to the U.S.

Mr. Martin has held many other advisory positions, including with The Health Store Foundation, Malaria Foundation, Health People in the South Bronx, Harvard AIDS Prevention Project, Look To The Stars (www.looktothestars.org), Chamber of Commerce BCLC, and Co-Chair of the Parade All American Volunteering Initiative at the White House.

Martin was an Advisor to the U.S. Department of State and USAID on the Global Diaspora Initiative and on the Executive Board of the Congressional Coalition For Adoption Institute (ccainstitute.org), working with members of the Congress and Senate to shape policy that best fulfills the needs of children around the world for “forever families.”