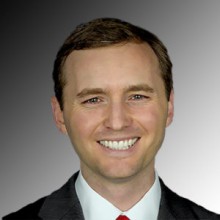 Tomicah Tillemann is a leader in the fields of social impact, civic innovation, and diplomacy. He currently serves as senior fellow and director of New America’s Bretton Woods II program, which works with large, long-term asset holders to reduce their exposure to risk and volatility through strategic investments in social impact and development.

Between 2010 and 2014, Tillemann served under Hillary Clinton and John Kerry as the secretary of state’s senior advisor for civil society and emerging democracies. Tillemann led a team of experts that operated like venture capitalists in translating promising ideas and technologies into successful foreign policy. He also established and chaired the State Department’s Global Philanthropy Working Group and the State Department’s Federal Advisory Committee on Civil Society.

Tillemann joined the State Department in 2009 as Secretary Clinton’s speechwriter and collaborated with her on over 200 speeches. Previously, he spent four years on the professional staff of the Senate Foreign Relations Committee as an advisor to Chairmen Joe Biden and John Kerry. Tillemann’s other professional experience includes work with the White House, five U.S. Senate and Congressional campaigns, Reuters New Media, and the World Bank.