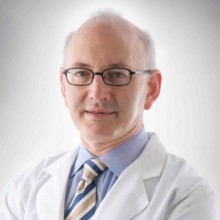 Dr. Nimer is an expert in treating leukemia and lymphoma.

A hematologist, molecular biologist, and bone marrow transplant physician, Dr. Nimer is currently the Director of the Sylvester Comprehensive Cancer Center at the University of Miami, Florida.  Dr. Nimer was at Memorial Sloan-Kettering Cancer Center in New York for nearly 20 years, where he held the Alfred P. Sloan Chair and served as Head of the Division of Hematologic Oncology, Vice Chairman for Faculty Development, and Chief of the Hematology Service. He also served as a member of Sloan-Kettering Institute for Cancer Research, an Attending Physician at Memorial Hospital, and a Professor of Medicine and Pharmacology at Weill Medical College of Cornell University.

Over the years, Dr. Nimer has conducted extensive clinical and basic science research into the treatment and genetic basis of adult leukemia and bone marrow failure states, defining the regulatory mechanisms that control the production of blood cells and exploring ways to improve the treatment of blood based cancers. He has authored over 200 scientific publications and has received numerous awards for his research, including the prestigious Irma T. Hirschl Career Scientist Award. Dr. Nimer graduated from the Massachusetts Institute of Technology in 1975, and received his M.D. degree with honors from the University of Chicago of Medicine in 1979. He completed training in Internal Medicine and Hematology/Oncology at the UCLA School of Medicine, and joined the faculty there in 1986, before moving to Memorial Sloan-Kettering in 1993.

Dr. Nimer was elected to the American Society of Clinical Investigators at age 42, and is a Fellow of the American College of Physicians. He serves on the editorial board of several medical journals, and on the medical boards of the Myelodysplastic Syndrome Foundation, the Bone Marrow Foundation, and other foundations. Dr. Nimer is also the Chairman of the Medical Advisory Board of Gabrielle’s Angel Foundation for Cancer Research.