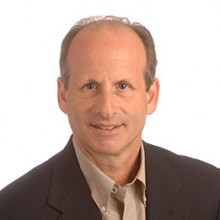 Sheldon is the President and CEO of the PeaceTech Lab. The Lab was created by the U.S. Institute of Peace as a separate entity to further advance USIP’s work at the intersection of technology, media, and data to help reduce violent conflict around the world. Sheldon Himelfarb joined USIP from The Corporate Executive Board, where he was on the Technology Practice Leadership Team, working with chief information officers from governments, universities and multi-national corporations. Prior to this, he served as foreign policy adviser to a member of the Senate Foreign Relations Committee, the head of North American Documentary Development for Yorkshire TV and the CEO/Executive Producer for Common Ground Productions, the media division of Search for Common Ground. He is an award-winning filmmaker, former commentator for National Public Radio (Sunday Morning Edition) and author of numerous articles on politics, popular culture and conflict. He has managed peacebuilding programs in numerous conflicts, including Bosnia, Iraq, Angola, Liberia, Macedonia, Burundi and received the Capitol Area Peace Maker award from American University. He holds a doctorate from Oxford University and a bachelor’s degree in political science from Johns Hopkins University. He has held visiting or guest scholar positions at the Brookings Institution, Harvard University and the Paul H. Nitze School of Advanced International Studies at Johns Hopkins University.