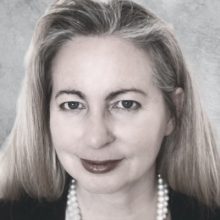 Dr. Hesterlee is Executive Vice President, Chief Research Officer of the Muscular Dystrophy Association. She previously headed Portfolio Development and Neuromuscular programs for gene therapy company Asklepios Biopharmaceuticals, Inc (Askbio), and led Lion Therapeutics as CEO of this neuromuscular-focused special purpose entity of Askbio before Lion was rolled back into Askbio as part of its successful series A funding. Before joining Askbio/Lion she served as Director, Gene Therapy at Pfizer Inc.’s Rare Disease Research Unit, where she led three of Pfizer’s internal gene therapy programs following the acquisition of Bamboo therapeutics in 2016. In the 15 years before transitioning to industry, Dr. Hesterlee led research and strategy for several nonprofit organizations as Chief Science Officer for the Myotonic Dystrophy Foundation, Vice President of Research for Parent Project Muscular Dystrophy, and Senior Vice President and Executive Director of MDA Venture Philanthropy at the Muscular Dystrophy Association. In these roles she brokered and managed over $30M in research investments in companies engaged in gene and other therapy development for Duchenne muscular dystrophy (DMD), limb-girdle muscular dystrophy, Friedreich’s ataxia and other rare neuromuscular diseases. She has also served as the first Scientific Director for the Association for Frontotemporal Degeneration. She has been involved in numerous efforts to remove barriers to therapy development for rare disease and foster interactions between patient advocacy groups and industry. Dr. Hesterlee has served on the advisory board of the University of Arizona’s School of Mind, Brain and Behavior, the governing board of the Health Research Alliance, the NINDS Council, and the Department of Health and Human Service’s Muscular Dystrophy Coordinating Committee. She currently serves on the Advisory Board for the Oro Valley Innovation Labs (OVIL) in Tucson, Arizona. She received her Ph.D. in neuroscience from the University of Arizona in 1999.