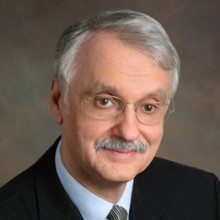 Dr. Broder has spent his entire career in translational medicine, taking observations from the lab to the clinic, and then back to lab.
In 1989, President Ronald Reagan appointed Dr. Broder to serve as Director of the National Cancer Institute (NCI), a position he held for six years.

Over his career, his laboratory interests have included antiretroviral therapy, the relationship between immunodeficiency disorders and cancer, the human genome, and the proteomics of cancer cells. In the mid-1980s, in response to the AIDS pandemic, he also focused his attention on HIV-1/AIDS, then considered an inherently untreatable disease. His laboratory played a major role in developing the first 3 agents approved by the Food and Drug Administration specifically to treat the AIDS virus, drugs used widely in adult and pediatric patients with HIV-1/AIDS. These are the novel nucleosides Retrovir® (AZT), Videx® (ddI), and HIVID® (ddC).

While at the NCI, he also oversaw the development of numerous anti-cancer therapeutic agents, such as the oncolytic drug, TAXOL®. As NCI Director, he helped launch a number of large-scale clinical trials related to the prevention, diagnosis, and treatment of cancer and inaugurated the highly successful SPORE Program. He is the author or co-author of over 340 scientific publications, and is an inventor on many patents. He has received numerous scientific awards related to his research in cancer and AIDS. He was elected to the National Academy of Medicine in 1991.

Dr. Broder joined the Celera Corporation at its founding in 1998, as the Executive Vice President for Medical Affairs and Chief Medical Officer, and helped advance the human genome project, the elucidation of the 3 billion letters of code that make up human DNA. His most recent leadership position was as SVP, Health Sector, Intrexon Corp, with responsibilities for gene therapy and synthetic biology.