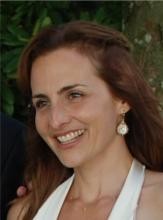 Colleen Thouez is Senior Training and Research Advisor at the United Nations Institute for Training and Research (UNITAR) and adjunct faculty at American University’s School of International Service.  She chairs the capacity development cluster for the World Bank’s major migration project (KNOMAD), and co-convenes the UN Global Migration Group’s Task Force on the same subject. Since 2015, she also advises the UN Secretary-General’s Special Representative for Migration on governance reforms in this field. From 2004-2010, she headed UNITAR’s Office at the UN in New York, where she oversaw all strategic, operational and management functions, and was responsible for the training of 3,000 delegates annually in international law, skills building and UN protocol.Prior to her appointments in New York, she served as Senior Policy Advisor for the Global Commission on International Migration, a Commission established under former UN Secretary-General Annan.  Dr. Thouez has taught migration and refugee law to government officials in most corners of the globe, and worked with the African Union, IOM, UNHCR, and the OSCE Stability Pact Task Force against Trafficking in Human Beings, among others.  She lectures at universities in Canada, the United States and Europe, and is the author of over 60 published journal articles and research papers.Dr. Thouez holds a doctorate in international law from the Fletcher School of Law and Diplomacy and a masters degree in international relations from McGill University with multiple grants and fellowships in France, Canada and the US. Knowledge areas: the United Nations system and migration, inter-governmental processes on migration (national, regional, local), partnering with civil society organisations, capacity development and effective learning, counter-trafficking, and refugee protection and the European asylum regime. Spoken Languages: English and French