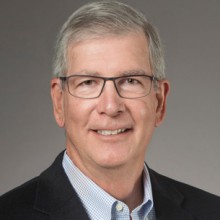 Allen S. Lichter, MD, earned his bachelor’s degree (1968) and medical degree (1972) from the University of Michigan. He trained in radiation oncology at University of California, San Francisco, before joining the faculty at Johns Hopkins University, and later the National Cancer Institute.

From 1984- 2006, Dr. Lichter was at the University of Michigan in two significant leadership roles. He served as Professor and Chair of Radiation Oncology from 1984-1998 and as Dean of the Medical School from 1998 – 2006.  Prior to his tenure at the University of Michigan, Dr. Lichter was the Director of the Radiation Therapy Section of the NCI’s Radiation Oncology Branch. Dr. Lichter’s research and development of three-dimensional treatment planning and dose delivery led to a Gold Medals from the American Society for Therapeutic Radiology and Oncology (ASTRO) and from the Radiologic Society of North America (RSNA). In 2002 he was elected to membership in the Institute of Medicine of the National Academies of Science (now the National Academy of Medicine).

Dr. Lichter has held many prominent roles in the Society, including President (1998-1999), Founding Chair of ASCO’s Conquer Cancer Foundation Board, and founding Chair of the Board of Governors of CancerLinQ, ASCO’s learning health platform in oncology. He remains a member of the CancerLinQ Board.