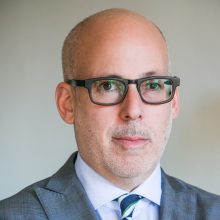 The Honorable Douglas A. Smith has spent the last 30 years serving at the highest levels of government in national security and the private sector and is a serial entrepreneur having helped start numerous companies. Douglas is currently a Managing Director for Kent Strategies, a strategic consulting firm, where Douglas leads the firm’s engagements with national security work, private equity and international governments. Smith brings to Kent extensive global experience in government relations, business development, communications, coalition building, public policy, and creating and managing public-private partnerships among Federal, State and local governments, and private industry. He has managed large-scale special projects and initiatives both within and outside of government.

Douglas is a frequent public speaker both domestically and internationally and regularly appears on global television, including CNN, FOX, and CGTV as an expert on national security and its impact on business and preventing and managing crisis.

Before joining Kent Strategies, Douglas was appointed by President Barack Obama to serve as the Assistant Secretary for the Private Sector at the U.S. Department of Homeland Security (DHS). In this role, Douglas advised the Secretary on the impact of the Department’s policies, regulations, and processes globally on millions of private sector companies, universities, and not-for-profits institutions. Douglas was responsible for coordinating seamless private sector engagement across all 22 of DHS’s divisions including the Secret Service, Coast Guard, Customs and Boarder Protection and Immigration and Customs Enforcement.

Smith served as the Department’s representative on the President’s Travel and Tourism Advisory and Export Promotion Boards, the White House Business Council, the President’s Job Council and the World Economic Forum Risk Officers Community. Under his leadership, the office dramatically expanded its global footprint resulting in Assistant Secretary Smith leading delegations throughout the United States and to five continents in support of strengthening the global supply chain and promoting the Department’s position of “global security equaling economic security”. Key to this work was his extensive engagement with the travel and tourism industry including the dramatic expansion of Global Entry, TSA PreCheck and the APEC Business Travel Card. In the wake of the 2010 earthquake in Haiti and the 2011 earthquake and tsunami in Japan, Assistant Secretary Smith headed an interagency team coordinating emergency response and supporting international commerce to keep the global supply chain moving.

Prior to his appointment at DHS, Douglas was the Managing Partner of T Street Partners, where he provided clients ranging from Fortune 100 companies to philanthropic and not-for-profit organizations with strategic counsel and public affairs consulting. During his time with T Street, Douglas successfully managed the winning campaign for the City of Chicago to be the U.S. Designate City for the 2016 Olympics.

Douglas came to T Street Partners from Leo Burnett Worldwide, where as a Vice President and account manager, he managed the then-new “Army of One” public relations/public affairs account for the U.S. Army.

During the Clinton-Gore Administration, Douglas served in a variety of positions including as Deputy Press Secretary as well as Director of Special Projects for Secretary Andrew Cuomo at the Department of Housing and Urban Development and then as the traveling Press Secretary for Secretary Rodney Slater at the Department of Transportation. He was also responsible for helping to manage the 50th Anniversary of NATO in Washington, D.C.

Douglas began his career in Thailand where he started an import/export company and was a frequent contributing author to Thai business magazines.
Douglas is a graduate of Beloit College where he received a joint bachelor’s degree in international relations and Asian studies. While at Beloit, he also earned a degree from the School for International Training in Chiang Mai, Thailand.

He lives in Washington DC with his wife, daughter and Black Lab Fenway.