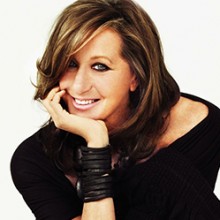 Fashion icon and humanitarian Donna Karan believes through creativity, collaboration, connection and community you can change the world. This conviction lies at the heart of Urban Zen, established by Karan in 2007. The foundation is dedicated to three initiatives: preservation of culture (past), and bringing mind, body and spirit to healthcare (present) and education (future.) The Urban Zen Center in New York is the Foundation’s home, a place and a space where like-minded individuals come together for forums, educational lectures and fundraisers.

Karan develops and supports sustainable opportunities by creating and collaborating with artisans around the world. Urban Zen is, in part, supported by the Urban Zen brand and stores, a harmony of philanthropy and commerce, an idea Karan cultivated through her leadership on Seventh on Sale, the CFDA AIDS benefit, Kids for Kids carnival for Pediatric AIDS, and Super Saturday, an annual Hamptons tag sale, Karan founded with Liz Tilberis to benefit Ovarian Cancer Research Fund. Urban Zen is where you will find artisan objects of desire, as well as the Karan-designed Urban Zen label of clothing and exclusive handmade Balinese furniture.

Karan’s fashion fame is legendary. She was mentored by the designer Anne Klein, whose line Karan designed for ten years after Klein’s death in 1974. In 1985, Karan founded Donna Karan New York with her late husband Stephan Weiss, where she revolutionized the way women dressed with her luxurious Seven Easy Pieces, an interchangeable wardrobe that took women day into night with ease and sophistication. Four years later came DKNY, the street chic sportswear line that has become a name synonymous with New York City all over the world.

A world traveler, a lifelong yogi, as well as mother and grandmother, Karan considers Urban Zen the natural extension of her desire to find the missing link in the areas she cares most about. It is also the realization of Karan’s dream not just to dress people, but to address them as well. Karan candidly shares her personal and professional story in her autobiography, My Journey (Ballantine/Random House.)