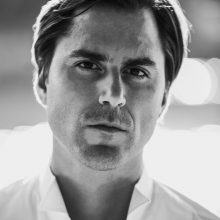 Diego Garcia is head of global innovation at Conservation International, leading efforts to secure partnerships with new sectors to advance CI’s work and defining strategies to link brand and media opportunities with fundraising and development priorities. Prior to joining CI, Diego founded Pure Brazilian, a new entrant into the beverage industry that brings authentically Brazilian raw and natural foods to consumers all over the world – with a portion of the proceeds benefitting Conservation International’s work in the Brazilian Amazon. Diego is also an acclaimed recording artist. He released his first album in 2003 as the lead singer and songwriter for the rock band Elefant. Their debut album, Sunlight Makes me Paranoid, earned critical acclaim and was re-released on Universal’s Hollywood Records. Following a world tour with contemporary bands like The National, Interpol, The Killers and icons Patti Smith, Morrissey, The Cure and others, Elefant released the follow up album Black Magic Show. Diego continues his music career today as a published song writer with BMG and recording under his own name. His albums include Laura (2011) and Paradise (2014). Diego has performed at Coachella, and been featured on NPR’s “Top 25” list; MTV’s “Artist To Watch,” Starbuck’s “Pick of the Week,” iTune’s “Single of the Week,” Vogue’s “artist of the week” , CNN Espanol’s ‘artist to watch’ among others.Diego holds a BA in Economics from Brown University. He lives in New York City with his wife Laura and two children.