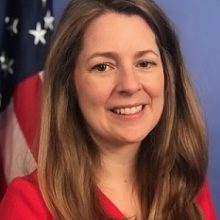 Focusing on cybersecurity and technology policy, Diane has extensive experience in government and the private sector throughout her career. She staffed the House Permanent Select Committee on Intelligence, where she was the lead committee staffer on Congress’ landmark cybersecurity legislation, the Cybersecurity Act of 2015. She also served as the oversight and budget monitor for the National Security Agency and the defense network systems, and served as Deputy Chief of Staff to Congressman Mike Rogers as his top technology policy staffer.

Recognized for her work on cybersecurity, Rinaldo was awarded the Executive Women’s Forum’s 2016 Influencer of the Year award. She earned a bachelor’s degree in Political Science from the University of Maine and an Executive Certificate from the Kennedy School of Government at Harvard University for cyber studies.