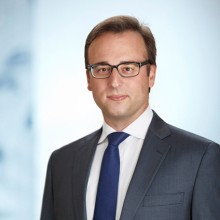 Appointed by the President and confirmed by the Senate, Ambassador Pressman represented the United States on the United Nations Security Council and has served as the senior U.S. negotiator on international disputes around the world, from Europe to East Asia, sub-Saharan Africa to the Middle East. Prior to his confirmation by the Senate, he served as counselor to Ambassador Samantha Power.

As the Director for War Crimes and Atrocities on the National Security Council at the White House, Pressman was responsible for helping coordinate the U.S. Government’s efforts to prevent and respond to mass atrocities and war crimes. Pressman’s work at the White House led to the first Presidential directive banning human rights abusers from entering the United States; the first Presidential directive creating a standing body responsible for the early prevention of mass atrocities; the first White House body devoted to finding and bringing priority international war criminals to justice; the first Presidential directive identifying international LGBT rights as a core element of U.S. human rights policy; and a global diplomatic campaign resulting in the first United Nations resolution in history recognizing LGBT rights as human rights.

In private practice, Pressman has litigated high-profile civil and criminal matters including successfully challenging multiple wrongful murder convictions resulting in the exoneration of clients who had served 10-20 years in prison for murders they did not commit.

Pressman has advised a diverse set of highly-visible and prominent clients on strategies for effective international advocacy. Ambassador Pressman is currently serving as the Executive Director of the recently established Clooney Foundation for Justice. With George Clooney, Brad Pitt, Matt Damon, Don Cheadle, and producer Jerry Weintraub, Ambassador Pressman co-founded Not On Our Watch an international advocacy and grant-making organization designed to focus global attention and resources on mass atrocities and gross violations of international human rights.