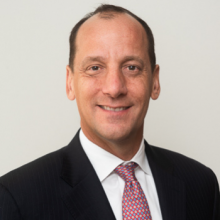 Prior to joining DFC, Mr. Marchick served as Director of the non-profit, non-partisan Center for Presidential Transition where he worked with the Biden Transition Team, senior officials in the White House and engaged with more than 100 federal agencies on transition planning efforts. He also served as an adjunct professor at the Tuck School of Business at Dartmouth.

Mr. Marchick spent 12 years at the Carlyle Group as Managing Director and as a Member of Carlyle’s Management Committee. In these roles, Mr. Marchick led Carlyle’s regulatory and government affairs, communications and branding, events, research and sustainability functions, and had broad responsibility for engaging with Carlyle’s investors. He launched Carlyle’s sustainability initiatives and helped drive both the firm’s and the industry’s diversity efforts. Mr. Marchick was part of the core team to take Carlyle public and helped manage Carlyle’s public reporting and quarterly earnings reports.