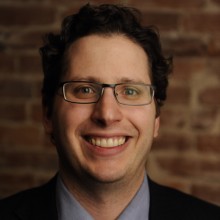 David Lubell is the founder and Executive Director of Welcoming America, a burgeoning immigrant welcoming movement that is expanding across the globe. As a social entrepreneur, David inspires people to build a different kind of community — one that embraces immigrants and fosters opportunity for all. Welcoming America, established in 2009, works in over 160 cities and towns across the country, supporting nonprofits and local governments to transform their communities into inclusive places where everyone thrives.

David was previously the founder and Executive Director of the Tennessee Immigrant and Refugee Rights Coalition (TIRRC). At TIRRC David helped found Welcoming Tennessee, the model for what is now Welcoming America.

A Wesleyan University graduate, David received a master’s degree in public administration from the Harvard Kennedy School of Government. David is a recipient of several social entrepreneurship fellowships, including those from Ashoka, Draper Richards Kaplan and Harvard. He is also a World Economic Forum Young Global Leader, and was named to the 2016 Chronicle of Philanthropy’s 40 under 40 list. In 2016, he also gave a TEDxBerlin Talk to highlight the importance of welcoming newcomers and received the Ohtli Award, one of the highest awards given by the Government of Mexico to those who work with the Mexican community abroad. In 2017, David was awarded The Charles Bronfman Prize, which recognizes young humanitarians whose work is inspired by their Jewish values and is of universal benefit to all people.