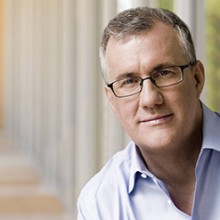 Linde’s background spans production, global distribution and building multiple companies from the ground up. Linde most recently led Lava Bear Films, a production and financing company he founded with the support of Reliance Entertainment. Prior to Lava Bear, Linde served as chairman of Universal Pictures, where he successfully championed a broad outlook regarding international productions, animation and family entertainment and distribution. Linde also served on the NBCUniversal board of directors and as the chair of NBCUniversal’s Diversity Council.

Prior to his Universal appointment, Linde ran acclaimed specialty film studio Focus Features and its genre division, Rogue Pictures, both of which were formed from Universal’s acquisition of the acclaimed independent production company Good Machine, of which he was a partner. During his tenure at Focus, Linde and his Co-President James Schamus oversaw a diverse slate that was honored with an historic 53 Oscar® nominations and 11 Academy Awards®.