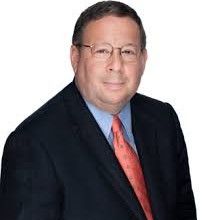 David L. Cohen is Senior Executive Vice President of Comcast Corporation and is the Company’s Chief Diversity Officer.  David has a broad portfolio of responsibilities, including corporate communications, government and regulatory affairs, public affairs, legal affairs, corporate administration, and community investment.  He also serves as senior counselor to the CEO.  Before joining Comcast in July of 2002, David served as a partner in and Chairman of Ballard Spahr Andrews & Ingersoll, LLP, one of the 100 largest law firms in the country.

A native of New York, David graduated from Swarthmore College in 1977 with a B.A. and with a J.D. from the University of Pennsylvania Law School (summa cum laude) in 1981.  From January 1992 to April 1997, David served as Chief of Staff to the Honorable Edward G. Rendell, the Mayor of the City of Philadelphia.  As detailed in the book A Prayer for the City, written by Pulitzer Prize-winning author Buzz Bissinger, David played a critical coordinating role in significant budgetary and financial issues, in economic development activities, in collective bargaining negotiations, and in a wide variety of other policy and operational issues relating to the city.

David has received numerous awards for his civic and charitable activities, including the Americanism Award of the Anti-Defamation League (1993), the American Red Cross Citizen of the Year Award (1999), the National Cable Television Association Vanguard Award for Leadership and Impact in the Cable Industry (2005), the President’s Volunteer Service Award (2007), the MS Society Hope Award (2007), the Drexel University Business Leader of the Year Award (2008), the National Urban League of Philadelphia Business Leader of the Year Award (2008), The William Way Community Center Amicus in Res Award (2009), the William Penn Award from the Greater Philadelphia Chamber of Commerce (2012), the Spirit of Asian American Award (2012), the Jewish National Fund Tree of Life Award (2012), the Community Hero Award (2013), the Boys & Girls Clubs of America Champion of Youth Award (2015), and the Peirce College Legacy of Leadership Award (2016).  David also was awarded Honorary Doctor of Laws degrees from Drexel University (1997), Rider University (2010), and Rowan University (2017).

David lives in Philadelphia with his wife and their two sons.