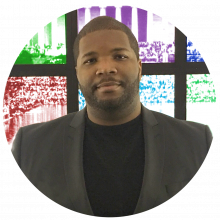 David Holmes is the Director of Engineering with the United States Digital Service, a tech startup at The White House. Founded by the President in 2014 to fix Healthcare.gov when it crashed post-launch, USDS continues its non-partisan mission by bringing government services to all Americans through design and technology.

David leads a team of 30+ senior software engineers who deliver results by bringing private industry best practices to the federal government. David’s service career began in 2016 with the Social Security Administration, where he helped streamline disability claims processing. When deployed to the Department of Education, he built tools to help students get out of debt and loan default. David has also served at the Small Business Administration and FEMA, before assuming the role of Director of Engineering at U.S. Digital Service.

A native of New York City, David has a background in ad tech. When he’s not improving government software, David enjoys challenging his colleagues to laser tag and spending time with his wife and son.