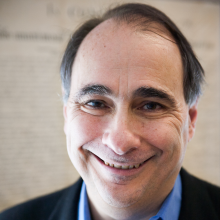 David Axelrod is a veteran of American politics and journalism and the former chief strategist and senior advisor to President Barack Obama. He currently serves as director of the University of Chicago’s non-partisan Institute of Politics; senior political commentator for CNN; and host of The Axe Files, a top-rated podcast jointly produced by CNN and his institute. Axelrod, a former political writer for the Chicago Tribune and, later, media strategist for 150 state, local and national political campaigns, is also the author of The New York Times best-selling memoir, Believer: My Forty Years in Politics.