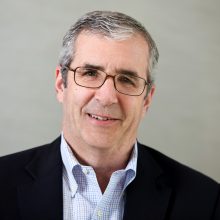 Dave Regnery is executive vice president with overall responsibility for the financial and operating performance of Ingersoll Rand’s Climate and Industrial segments, including the company’s full portfolio of businesses and the leading brands of Club Car®, Ingersoll Rand®, Thermo King® and Trane®.

Prior to this role, Dave served as the president of HVAC Commercial for North America, Europe, Middle East and Africa at Ingersoll Rand with full responsibility for the strategy, operations and performance of the Trane Commercial business. His passion is taking care of the customer and creating a winning culture to deliver on our mission.
Dave began his career at Ingersoll Rand as a financial management trainee and was promoted to roles of increasing responsibility including plant controller and controller for Schlage and chief financial officer for the Security Technologies sector before focusing on general management. Throughout his 30-year tenure with Ingersoll Rand, Dave has worked in nearly every business sector in every region and led the company’s shared services organization.

Dave graduated from Northeastern University with a bachelor’s degree in finance and earned his master of business administration from Lehigh University.