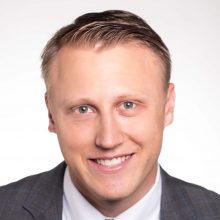 Daniel Lippman is a reporter covering the White House and Washington for POLITICO. He was previously a co-author of POLITICO’s Playbook.

Before joining POLITICO, he was a fellow covering environmental news for E&E Publishing and a reporter for The Wall Street Journal in New York. He has also interned for McClatchy Newspapers and Reuters. During a stint freelancing in 2013, he traveled to the Turkish-Syrian border to cover the impact of the Syrian civil war for The Huffington Post and CNN.com.

He graduated from The Hotchkiss School in 2008 and from The George Washington University in 2012. Daniel hails from the Berkshires in western Massachusetts and enjoys playing tennis, seeing movies and trying out new restaurants in his free time.