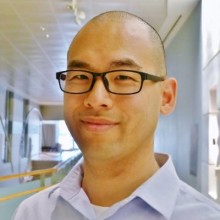 Daniel serves as the VP of Business Development & New Initiatives at Village Capital, enabling foundations and corporations alike to engage innovators around the world to solve problems of mutual interest. Daniel previous experiences cover multiple industries and geographies. Prior to Village Capital, he worked at Walmart China, where he oversaw sustainability and strategy initiatives for the China business under two CEOs. Daniel also worked at multiple social enterprises in China, including the solar light company D.light. He has also spent time at ExxonMobil as an engineer in Houston, at Bain as a consultant in Dubai, and at Volunteers in Asia as a country coordinator in China. Daniel holds an MBA from MIT Sloan and an MPA/ID from the Harvard Kennedy School.