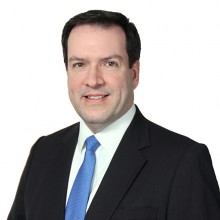 Immediately before joining Exiger, Mr. Alonso served as the Chief Assistant District Attorney in the Manhattan District Attorney’s Office during the first term of District Attorney Cyrus R. Vance, Jr. While there, he provided policy and operational advice to the District Attorney and oversaw a broad range of matters, including financial crimes, money laundering, and corruption in the public and private sectors. He was also the author of the first publicly-issued policy by a local prosecutor’s office outlining the standards to be used in charging companies with crimes, which was patterned after the Department of Justice’s Principles of Federal Prosecution of Business Organizations.

Before returning to the DA’ s Office, Mr. Alonso was a litigation partner at the international law firm of Kaye Scholer LLP, where he focused on internal investigations for public and private companies, whitecollar defense, and civil litigation, and was the federal-court-appointed receiver of IATrading.com, whose principal perpetrated a Ponzi scheme that defrauded more than 300 investors before it was shut down by the CFTC. In 2009, while at Kaye Scholer, Mr. Alonso served as Special Counsel to the New York State Senate in its groundbreaking investigation of former Senator Hiram Monserrate.

Before joining Kaye Scholer in 2005, Mr. Alonso spent three years as the Chief of the Criminal Division in the United States Attorney’s Office for the Eastern District of New York, where he served for nine years in total as an Assistant U.S. Attorney. While there, he specialized in the prosecution of financial crime, public corruption, and labor racketeering, and was the first prosecutor to call “Wolf of Wall Street” Jordan Belfort as a cooperating witness for the United States, in the conspiracy and money laundering trial of Stratton Oakmont’s outside auditor. He also oversaw the investigations of, and subsequent corporate monitorship agreements with, the Bank of New York and the New York Racing Association, among others.

From 2012 to 2013, Mr. Alonso served as Co-Chair of the New York State White Collar Crime Task Force, which issued innovative recommendations on modernizing New York’s outdated laws against fraud, public and private corruption, money laundering, cybercrime, identity theft, and other financial crimes. He is a past Chair of the New York City Bar’s Council on Criminal Justice and its Committee on Criminal Advocacy, and is currently a member of the Departmental Disciplinary Committee of the Appellate Division, First Department; the New York State Bar Association’s Committee on Standards of Attorney Conduct; and the Board of Editors of Business Crimes Bulletin. Between 2007 and 2009, Mr. Alonso served by appointment of the Governor of New York as a member of the New York State Commission on Public Integrity. He is a four-time recipient of the Justice Department’s Director’s Award for Superior Performance as an Assistant U.S. Attorney, and has received the Henry L. Stimson Medal, given by the New York City Bar Association to outstanding Assistant U.S. Attorneys. In 2014, the District Attorney’s Association of the State of New York awarded him the Robert M. Morgenthau Award for his contributions to improving the criminal justice system.

Mr. Alonso is a native Spanish speaker and conversational speaker of Portuguese