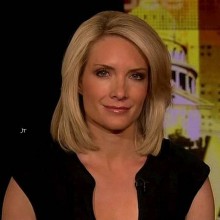 Former White House Press Secretary Dana Perino is a co-host of “The Five” on the Fox News Channel.  In 2014, “The Five” was the third most-watched program on all of cable news.  She also appears as part of the political and election coverage teams on the Fox News Channel.  Prior to this, Dana served for seven years in the administration of President George W. Bush and became the first Republican woman to be named as the White House Press Secretary.  Dana joined the Bush Administration following the September 11th terrorist attacks in 2001 as a spokesperson at the U.S. Department of Justice.

In January 2009, one day after President Bush left office, Dana and her husband traveled to Africa to volunteer at Living Hope, in Fish Hoek, South Africa, a faith-based organization that leads several programs for people affected by all aspects of HIV and AIDS.

Upon her return, she was nominated by President Barack Obama to serve on the Broadcasting Board of Governors.  She was confirmed by the United States Senate in June 2010.  In May 2012, Dana appeared alongside NBA legend Kareem Abdul-Jabbar and CNBC anchor David Faber on the hit TV quiz show, “Jeopardy”.

Dana is a graduate of Colorado State University-Pueblo where she earned a bachelor’s degree in mass communications and minors in both political science and Spanish.  She also has a master’s degree in Public Affairs Reporting from the University of Illinois-Springfield.  After college, Dana had her first experience in Washington, working for Congressman Scott McInnis (R-CO).  She later served as the press secretary for Congressman Dan Schaefer (R-CO).  Dana also spent time working at a public relations firm in San Diego.

One of her most unique jobs was as a country music disc jockey from 2 to 6 AM on Saturdays and Sundays while in school in Pueblo, Colorado.  The number one country song in America at that time was “Achy Breaky Heart” by Billy Ray Cyrus.

Dana met her husband, Peter McMahon on an airplane back in 1997, moved to England and married him within one year.  She and Peter live in Manhattan with “America’s Dog”, Jasper.  Her first book, “And the Good News Is…” is being published by Twelve and will be released on April 21, 2015.