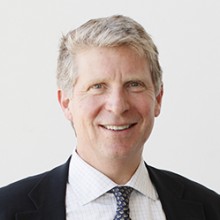 Cyrus R. Vance, Jr. was first sworn in as Manhattan District Attorney in 2010. Since then, he has advanced the District Attorney’s Office as a national leader in the development of 21st-century strategies to fight crime and reform the justice system. District Attorney Vance’s achievements include creating the first Crime Strategies Unit and Conviction Integrity Program in the five boroughs; bringing 24 indictments against gun traffickers, leading to the removal of more than 3,000 illegal firearms from city streets; obtaining the first convictions of individuals on State terror charges in New York; dismantling multiple domestic and international cybercrime and identity theft operations; and recovering nearly $12 billion dollars over the course of settlements with nine banks that violated U.S. sanctions; and expanding the Office’s Human Trafficking Program into the Human Trafficking Response Unit. District Attorney Vance was reelected in 2013, and is the co-founder and co-chair of Prosecutors Against Gun Violence, an independent, non-partisan coalition of prosecutors from major jurisdictions across the country. District Attorney Vance has also taken a national leadership role in addressing the issue of race in the criminal justice system, including commissioning a study by the Vera Institute of Justice, a leading criminal justice think tank, to evaluate the Office’s practices in charging, plea-bargaining, and bail.

Using funds obtained through the settlements with banks that violated U.S. sanctions, District Attorney Vance has made a series of significant investments in transformative criminal justice initiatives in New York City and nationally. Some of these programs include equipping every NYPD officer and patrol car with handheld mobile devices and tablets; reducing the number of individuals with mental and behavioral health issues in the criminal justice system; enhancing security in New York City Public Housing Authority developments; creating Youth Opportunity Hubs to knit together community-based service providers; expanding family and youth development programs; enhancing reentry services for previously incarcerated New Yorkers; and funding the formation of the non-profit, cross-sector Global Cyber Alliance.

In 2014, District Attorney Vance announced an initiative to test backlogged rape kits sitting in storage facilities across the country. The District Attorney’s $38 million commitment is funding the testing more than 56,000 previously untested rape kits in 32 jurisdictions in 20 states from coast-to-coast.