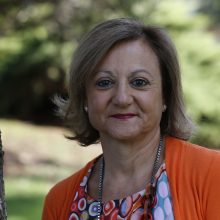 High Commissioner for the 2030 Agenda, Spain

Ms. Gallach has served as the United Nations Under-Secretary-General for Communications and Public Information (2014-2017). Previously, she was the spokesperson and Communication Director of Javier Solana during his mandates as NATO Secretary General (1996-1999) and as the EU High Representative for the Common Foreign and Security Policy (1999-2009). She has been responsible for Equal Opportunities and head of Public Relations in the Council of Europe. A journalist by profession, she possesses extensive expertise as a correspondent in conflict zones, the former Soviet Union and European Union.