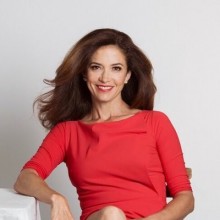 Claudia Gonzalez Romo has been appointed as Special Advisor of UNICEF, after serving as UNICEF’s Global Chief of Public Advocacy for three years. Previously, Claudia was seconded to the Executive Office of the Secretary General of the United Nations, to lead communications and advocacy for the Sustainable Development Goals and Climate Change for the Special Adviser on the 2030 Agenda for Sustainable Development.

Claudia is a Mexican-Swiss Diplomat who moved to New York City three years ago from Geneva where she ran marketing for the Global Fund to fight AIDS, TB and Malaria and a Marketing Professor at the University of Geneva for IOMBA.

Claudia has led PR, Brand and Marketing for some of the biggest global organizations including the World Economic Forum, the United Nations High Commissioner for Refugees (UNHCR), and the Global Fund to fight AIDS, TB & Malaria, becoming a recognized strategist in marketing and communications for humanitarian causes. From 1999 to 2007, Gonzalez Romo headed PR, Media and Special Projects at the World Economic Forum in Switzerland.

Claudia currently serves on the board and supports organizations such as Bank Street College of Education, Hispanicize and Agrosmart; and is a judge for the D&AD Impact Awards. Claudia is creating her own foundation named “We are All Human” cultivating radical inclusion by promoting tolerance and diversity to fight discrimination and bias.

Claudia started her career as a journalist and press correspondent for Latin American media such as Notimex, Proceso, Infored Monitor. Claudia co-hosts a podcast on the Sustainable Development Goals

Claudia holds degrees in Communications, Philosophy and Photography as well as a Masters of Political Communications from the London School of Economics. Claudia is a well-known and frequent public speaker and moderator, speaks six languages and enjoys sports and travelling.

Claudia resides in Manhattan with her two children and partner Richard Edelman.