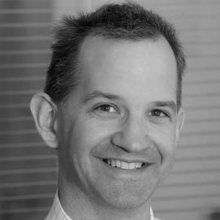 Christopher (Edge) is an expert in the structuring and execution of innovative financing solutions.

Prior to establishing LHGP, Edge spent 14 years at Goldman Sachs within the Debt Capital Markets group.  In his last role he was Head of the Sovereign, Supranational and Agency team.  He spent six years within the EEMEA emerging markets team, where he worked primarily in Greece, Hungary, Israel, Turkey and South Africa.

In 2002 Edge joined the European Sovereign Financing team, which he headed from 2006, providing vanilla and innovative financing solutions to Goldman Sachs’ leading franchise in this sector.  During this time he worked on transactions in Belgium, Germany, and the UK.

He was the lead banker on a new multilateral development institution – The International Finance Facility for Immunisation (IFFIm), on behalf of the governments of France, Italy, Norway, Spain, South Africa, Sweden and the UK.

Edge received an MA in Biochemistry from Christ Church College at Oxford University.