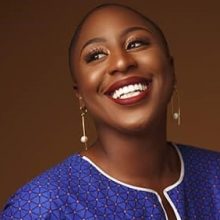 Chika Uwazie is a business strategist and the founder of Career Queen. She formerly was the CEO at TalentBase, a Silicon Valley backed startup, which provides payroll software for African businesses.

Chika believes that sharing knowledge on the intersection between technology and HR as well as advocating for women in technology encourages other women to take a seat at the table.

Before TalentBase, Chika worked at several international organizations including The Whitaker Group, World Bank, and Exxon Mobil.  Chika has been featured on BBC, Wired,The Guardian and ForbesAfrica for her work in Human Capital and on Afripop and Human IPO for her work in Digital Media. She is a sought-out writer and speaker having written for Ventures Africa, Y Naija, Bella Naija, and Forbes. Further she has spoken at Google events, ATBN, Wharton Africa Business Conference, Social Media Week Lagos, Georgetown University, She Leads Africa,Morocco Today Forum, Africacom and The Economist. She has also been identified as one of Innov8te Magazine’s 100 visionary women leaders.