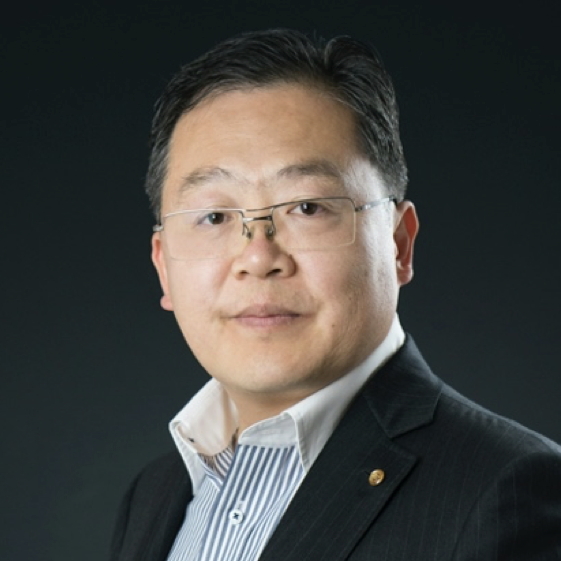 Mr. Xu was elected Chairman of the CGCC and the CGCC Foundation in 2015, and was re-elected in 2017. Founded in 2005, the China General Chamber of Commerce – U.S.A. (CGCC) is a nonprofit organization representing Chinese enterprises in the United States. The organization’s mission is to promote Chinese investment in the U.S. and to enhance cooperation between Chinese and U.S. business communities. The CGCC’s extensive membership includes over 1,500 companies from both China and the United States, including 40 Fortune 500 companies. Its members have invested approximately $50 billion dollars and employed over 200,000 employees in the U.S. throughout the years.

The CGCC Foundation is an IRS 501(c)(3) charitable organization affiliated with the CGCC. It is dedicated to fulfilling social responsibilities, giving back to local communities and enhancing mutual understanding between the people of China and the United States.

Mr. Chen Xu started his banking career at Bank of China Head Office in 1990.  Since then, Mr. Xu had worked successively in various departments including Executive Office, Corporate Banking Department, and London Branch before he was promoted to the position of General Manager of Olympic Affairs Department in 2004.  This Department was set up specially to supervise the Bank’s effort of offering the best banking services for the Olympics where Bank of China was the sole bank partner of the 2008 Beijing Games.   In August 2008, Mr. Xu was reassigned as General Manager of Financial Institutions Department, a position he held until January 2015.  In January 2015, Mr. Xu was transferred to the United States and assumed the position of President and Chief Executive Officer of Bank of China USA.  He now supervises New York Branch, Queens Branch, Los Angeles Branch, and Chicago Branch.

Mr. Xu holds a Bachelor’s Degree in Management Information System from Tsinghua University, China, and a Master’s Degree from the University of International Business and Economics, China, major in Business Management.