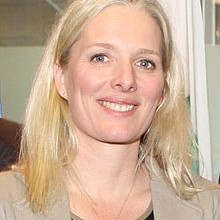 Minister of Environment and Climate Change, Government of Canada

Catherine McKenna was elected the first female Member of Parliament (MP) in Ottawa Centre on October 19, 2015. On November 4, 2015 she was appointed Minister of Environment and Climate Change.

Before a career in politics, Catherine co-founded and was the Executive Director of Canadian Lawyers Abroad, a charitable organization based at the University of Ottawa. She was the Executive Director the Banff Forum, a leading Canadian organization that brings together young leaders to discuss how to tackle key public policy challenges facing Canada. Catherine taught at the Munk School of Global Affairs and was a board member of the Trudeau Centre for Peace and Conflict Studies. She has worked internationally as a legal adviser for the UN in East Timor and on trade issues in Indonesia.

Catherine is an active member of the Ottawa Centre community. She was Vice President of the Glebe Community Association and has served on the boards of the Elizabeth Fry Society of Ottawa and Good Morning Creative Arts and Preschool. She enjoys coaching children’s soccer and swimming with the National Capital Region YMCA Masters Swim Team.

Catherine is married and has three children.