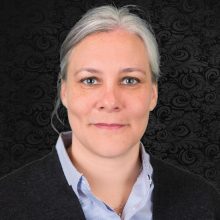 Carrie L. Wade is a senior fellow and the harm reduction policy director for the R Street Institute, where she is responsible for directing R Street’s harm-reduction agenda. She joined R Street in April 2017, having previously worked as a drug-abuse researcher at the University of Minnesota and The Scripps Research Institute in La Jolla, California. Her research has focused largely on the intersection of prescription opioid abuse and chronic pain in animal models of opioid self-administration. In addition, she studied the role the basal ganglia perform in the development and maintenance of opioid addiction using brain-mapping techniques. Results from these studies have been published in several academic journals.

Carrie’s scientific background in the biological mechanisms of opioid addiction led to her interest in how public-health initiatives can prevent incidence of addiction and reduce the negative societal and personal consequences that result from substance use. Her work with the Baltimore Harm Reduction Coalition solidified her goal to promote reasonable and efficient drug policies. Carrie received her bachelor’s in neuroscience and Ph.D. in pharmacology from the University of Minnesota and a master’s in public health from Johns Hopkins University.