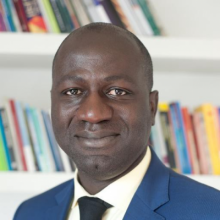 His focus is on enabling community impact with local, regional and global partners, co-creating partnerships that support Small and Medium Businesses, Individuals and households to thrive in the CEMEA region.

Prior to Visa, Carl served as the Chief Operating Officer at Ecobank Foundation where he led the bank’s social impact work in 33 markets in Africa. Before Ecobank Foundation, Carl held various leadership roles at the African Union Development Agency (AUDA-NEPAD), Economic Commission for Africa, The Global Fund and UNDP. Carl holds an undergraduate degree in Politics, Philosophy and Economics from the University of Cape Town and a Master of Public Administration from Harvard Kennedy School. He is a Mo Ibrahim Foundation Fellow and an Aspen Institute New Voices Senior Fellow.