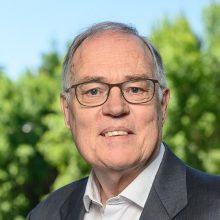 In addition to his thirty years of international experience as an economist in the United Nations and at the World Bank, Dr Bruno Lanvin has been teaching and leading research projects in various first-tier universities in the US and Europe (Michigan State University, INSEAD, IMD e.g.). Initially a mathematician and a specialist of international trade, his research and publications have focused on information technology, innovation and talent strategies. He has over forty years of experience in advising governments and large corporations. During his ten years at the World Bank, he held various high-level positions, in which he contributed to assisting a large number of organizations and governments in designing their knowledge and high-level education strategies. He also worked with the European Commission on various aspects of Europe’s skills and re-skilling policies and strategies.

Since 2001, Dr Lanvin has been co-authoring four major indices: the Global Information Technology Report (NRI), the Global Innovation Index Report (GII), the Global Talent Competitiveness Index (GTCI), and the Smart City Index ‘SCI), as well as the award-winning book ‘Sixteen Shades of Smart’. Over the last decade, his research has very much focused on education and talent policies as a tool to accelerate growth. Through his responsibilities as a board member of various private and public organizations, he was able to heighten interest for education and talent strategies, and to promote the strategic formulation of knowledge strategies.

He holds a BA in Mathematics and Physics, an MBA (HEC, a PhD in Economics (Paris I)-La Sorbonne), and is an alumnus of INSEAD (IDP-C) and MIT (Beyond Smart Cities Certificate). A frequent speaker at high-level meetings, he has been a member of numerous boards for many years, including those of ICANN, IDA-Infocomm, GovTech, IP-Watch, AAID, Kazakhstan’s Presidential Board on ICT Strategy, and the Bin Rashid Foundation for Government Innovation. He has also been a frequent speaker at the World Economic Forum, and chaired the Forum’s Global Advisory Group on ‘Future of Government’. His most recent book (The Future is Young) was released in July 2022. It is an optimistic analysis of how younger generations have the power to change the world to make it a better place.